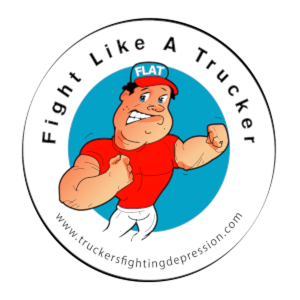 Hi my name is Tim. I am the founder of www.truckersfightingdepression.com.  This is my first blog post for this site on December 30th 2019.  I decided to start this blog because I'm a truck driver and recently I started fighting depression over where my career was going, and how I was going to be able to provide for my family. Over the years, I have had several bouts of depression which I ignored because at the time I didn't believe depression was a real thing. I've recently come to the understanding that many drivers such as myself battle with depression regularly.  I have decided to start this blog as an attempt to help myself and others. It is my goal to make this into a service for drivers with depression with access to life coaches, mental health professionals, suicide prevention hotlines, and other help that can be provided by truckers, family members, and the general public.  Over the next few weeks and months, I hope to add guest blog posts from the people above who have gone through similar instances of depression.  Future plans range from local driver outreach, to a merchandise store, to accepting donations all to expand outreach in the future.
A little information about my last bout started back in 2016. I live in the Greater Baton Rouge area. I had just bought a truck in 2015 and everything was going good.  I woke up one morning to drive to the yard.  It was raining unusually hard in Baton Rouge that day, so I called dispatch to tell them I couldn't make it past the flooding.  Little did I know just how bad the flooding was going to be.  Over the next three days, the flooding got so bad that my truck got flooded, my home got flooded, my personal vehicles got flooded.  I lost everything my family and I ever owned. My wife and I lived in a 20x12 shed for a few months before she got injured while trying to climb in the loft.  We bought a 25 foot camper shortly after her injury.  We still live in that camper today.  Our middle daughter, our oldest grandson, our daughter's boyfriend, and his family lost everything also.  I felt helpless, and I still do.  I used to be the rock that my family leaned on when they had tough times.  Now they can't, which only makes me feel worse.  My answer for feeling this way was to try to help other truckers with the same problem.  We can't just get medication from a doctor because it might cost us our jobs.  We can't just stop doing what others depend on us for.  The only thing we can do is support each other, and

Depression is often associated with stress and anxiety. Truck drivers are vulnerable to depression because of the high demands of their job....